Now the UK has left the Erasmus programme, many students have been left wondering what their options are if they want to study abroad. Starting in September, the government is attempting to replace Erasmus with its new Turing scheme (named after Alan Turing, the pioneering British  mathematician and computer scientist, who cracked the Enigma Code). 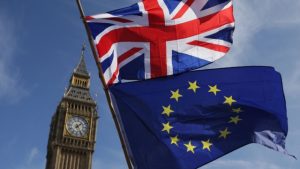 The plan is to get 35,000 school, college and university students on placements around the world (instead of just in Europe) beginning in September 2021.

The government is investing £100M into the scheme and the stated goal is to provide quality opportunities for students, including those from disadvantaged backgrounds, while providing “better value for money” for UK taxpayers than the Erasmus scheme.

However, it might not be the end for Erasmus if you don’t live in England. Northern Ireland continues to participate in the scheme thanks to a deal with the Republic of Ireland and more than 145 MEPs have also signed a joint letter asking the European Commission to explore whether Scotland and Wales could be allowed to join the scheme.

One of the grievances that has been raised is that while the Turing Scheme plans to fund UK students abroad, it offers no support for EU students to come and study in the UK.

We’ll post any updates on the Turing scheme as they unfold.
Visit the new Turing Scheme website for details of funding and eligibility.

Do Something Different
Find out about organisations that offer opportunities to work & study abroad, plus fulfilling alternatives to corporate life

About Global Graduates
Global Graduates was set up for students to work, teach, volunteer or study abroad, either during your university course or after graduation. Also for language graduates who want to use your language in your career

Insane Gap Year Ideas
Whether you’re wanting to gain work experience, see the world, volunteer, study or just earn some cash while you decide what to do, see loads of suggestions for the UK & abroad