British diplomat, Jon Benjamin, talks about the crucial role of networking in diplomacy; for those new to networking, he explains how to approach it and build essential skills.

Find out more about Networking:

Grad Bites: How to Nail Networking
Top tips from recent grads & seasoned pros on how to get started & make the best impression

Networking
A guide to why it matters, finding your network & how to approach people

Find out more about the Diplomatic Service:

“The Foreign & Commonwealth Office is the UK government department responsible for protecting and promoting British interests around the world, through the FCO in London and our network of over 270 diplomatic posts in 168 countries and territories” 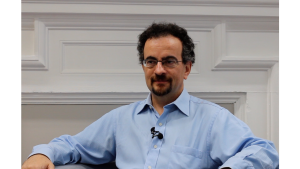 Jon has been with the UK diplomatic service since 1986, where he has held several key roles including Ambassador to Chile and Ghana. He became Director of the Diplomatic Academy in July 2017. Previous positions in the Foreign & Commonwealth Office include Head of Human Rights Policy Department (2002 to 2005), Deputy Head of Drugs and International Crime Department (2000 to 2002), and Head of Zimbabwe Emergency Unit (2000).

Jon is a Londoner, a big West Ham fan and a Jewish Humanist. He studied German, Swedish & International Relations at university and has a strong background in human rights.

Grad Bites: Choosing a Graduate Career
Jon offers guidance on choosing a graduate career, from consciously thinking about your options, to obtaining the best information & following your passion

Get to Know Brighton »