The energy industry isn’t always first of mind for graduates who haven’t studied STEM subjects at school or university. We interviewed three recent grads working in a variety of roles at BP, to find out about other opportunities at energy companies.

They tell us how they got into the industry and why they think it’s a great place for other graduates to work.

Hadi grew up in Indonesia, where he became passionate about energy and technology. After moving to the UK to take his A-Levels and later study at Imperial College, Hadi joined the Supply and Trading stream of the BP Graduate Programme. 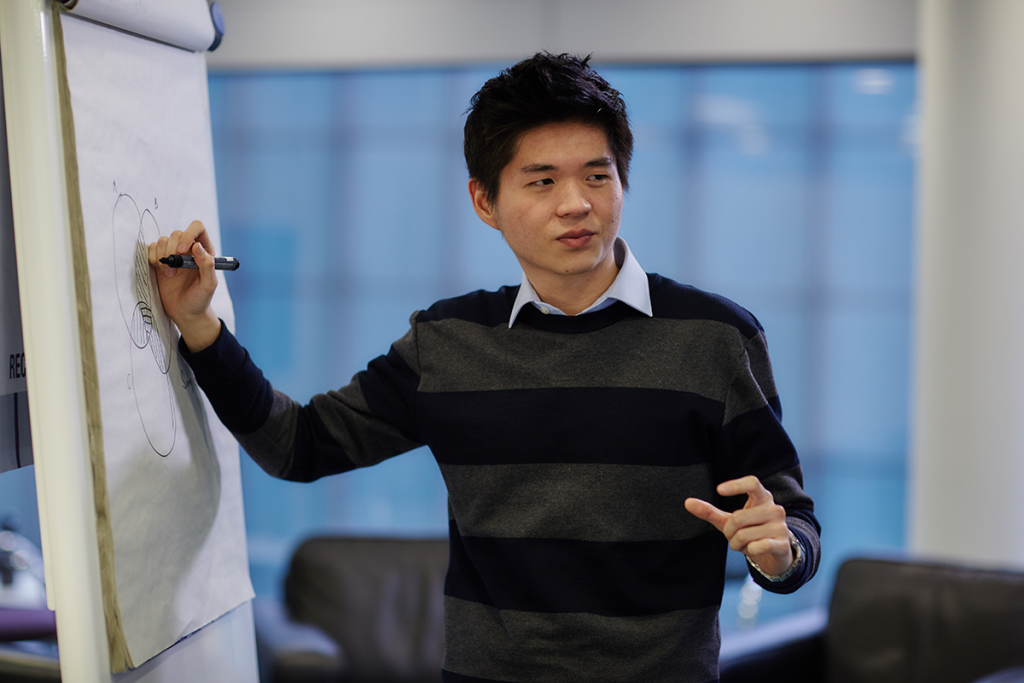 Where did your interest in the energy industry first come from?

Energy and technology have always been the two main things in my life. I grew up in one of the biggest cities in Indonesia – Medan. Indonesia still suffers from frequent load shedding, which meant that every day we would have up to eight hours without electricity! This leads to a more serious issue – people start purchasing their own household-size electricity generators, but many don’t know how to properly maintain or handle them. This can lead to lethal accidents. I personally experienced two fires in my neighbourhood, caused by these generators.

Growing up in this environment meant I became aware of the energy industry at a very young age, and I was determined to contribute to the energy sector in some way through my career.

So how did you pursue this interest?

I taught myself how to code from the age of 13. At that point, several teachers recommended that I join a programming course. Unfortunately I couldn’t enrol because I was too young at the time. But, at the age of 18, I moved to the UK to do A-levels, where I took Maths, Chemistry and Physics. I then moved to London to study Chemical Engineering at Imperial College.

During my third year at Imperial, I found an internship opportunity with BP’s Supply and Trading division within BP’s Information Technology and Services department, as a software developer. Applying for it was a big decision for me, because my background is in chemical engineering, but I had become interested in pursuing a career in programming, as I really enjoy it.

Ultimately, I realised the BP internship was the opportunity I needed to get back into the world of coding, while still contributing to the energy sector. During my internship (with the help of a very supportive team at BP), I managed to make a real contribution. That experience gave me a lot of confidence to pursue coding/software development as a career. At the end of the internship I received an offer to join the grad scheme.

Tell us a bit about your role at BP

In September 2017, I started on the graduate scheme. It’s a two-year graduate programme in which I will have two different roles. At the moment, I’m a software developer in the International Gas Front office team.

Traders and analysts need a constant flow of information and so they rely on this framework to get that information intuitively, quickly and correctly.

What challenges do you face in your role?

I didn’t take computing at university, so I often feel I don’t know how I compare to my classmates. Every time I face a new challenge, I wonder whether someone else with a computing background might have been able to solve it more quickly. But then again, I have a great technical mentor who helps me out and gives me constant feedback on my work.

When I was a software development intern, I was nervous about delivering what was asked of me, and was unsure of how supportive people would be. But once I joined, my line manager assured me that my own technical development is equally as important as my day job. I gained a lot of confidence during that three-month period, and that made me decide to stay with BP.

So while it can be challenging, it’s also great to be given the opportunity to learn. Something that I have found exciting is that all the projects I’m given involve programming concepts or languages that are new to me. In the first four months of being at BP, I learnt more than 7 programming languages!

The hierarchy at BP is really flat and everyone is very approachable, so I’ve found I’ve been able to get to know senior people quite quickly. This is a real advantage, as you learn a lot from people with more experience than you.

I also like BP’s commitment to diversity and inclusivity. I joined the company’s LGBT community (BP Pride), which is a community set up by and for BP employees. I feel that BP is very accepting of people’s differences. That kind of openness is really hard to find in a big company.

What advice would you give to someone considering applying to a grad scheme?

The best advice I can give is to attend as many events as possible before you apply. The BP events I went to were really insightful, especially the ones that offered a site visit, such as Discovery Days! Talking to the people who actually work there will give you a much clearer picture of what it’s like to work at a company. With BP, I found that what was described in its presentations was actually very accurate – the work-life balance, the values, the people. It’s a really great place to work.

Watch this space for our final interview with Khalida (Strategy Analyst).

For more information on graduate opportunities at BP click here