Engineering and maths graduate Mo, tells us how an internship persuaded him to venture into pastures new…a career in trading. And why he has no regrets about stepping out of his comfort zone. 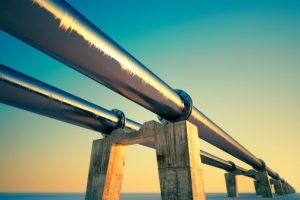 Photo: How to become a graduate commodities trader at bp – efinancial careers

There’s a myth that commodities traders are all outspoken with big personalities, making snap decisions, and aggressively yelling at one another across the trading floor. The majority I’ve met and worked with are not like that at all. (I like to get to know people and understand what motivates their decisions).

I became interested in commodities while researching internships during my Master’s in Sweden. My degree was financial mathematics, which was more focused on equities and fixed income trading rather than commodities trading. I could have applied to other internships that were closer to my studies and more familiar, but I decided I wanted to push myself to do something new. That’s when the trading internship at bp caught my eye.

Initially, I felt quite apprehensive about becoming a trader. I wondered whether the stereotype was true and how much of a challenge that would be. I quickly found out it’s not true; but I’m generally quieter and more academically focused, so I wanted to prove to myself and others that I could succeed.

Fundamentally, my job is to talk to people and quickly resolve problems. I’m in my second of three rotations on bp’s Challenger programme. This position is with the West Africa team, responsible for moving fuel into countries in the African sub-Sahara region. Essentially, my role involves being the middleman between our customers and the supplier. I optimise our sale obligations and maximise our returns. It’s like solving a giant puzzle with hundreds of tiny pieces, making sure everything is in the right place at the right time.

As a trading operator, I work directly with the people we deliver to. Our products are mostly used for mobility and household heating, so even the slightest delay could have a huge impact on people. For example, when bad weather meant the fuel would arrive into Ghana later than expected, the receiver was desperately telling me that stocks were so low, it would seriously affect productivity in some industries. That can often feel like a lot of responsibility, especially when I remember that I’m still only in my second year of the graduate programme! But that’s why I love it – I feel like I’m testing my skills every day.

I’ve also learned that no matter how far out of your comfort zone you may be, there will also be ways in which your skills and experiences will give you a firmer footing. My goal is to move into ‘paper trading’, which uses data modelling to predict which investment strategies will be profitable, without physically trading anything. I think as bp and the wider world trades less oil and refined products, paper trading will become more important.

Looking back, I know my career would have taken a very different path if I had stuck to what I felt comfortable with. And that would be my best advice to anyone at the start of their career – push yourself to try something new – you never know where it might take you! 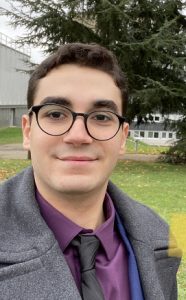 Mohammed Benmaklouf is a Middle Distillates and Light Ends Operator – West Africa, at bp. Mo has Bachelor’s and Master’s degrees in Engineering from the Ecole Centrale de Lyon as well as a Master’s degree in applied and computational Mathematics from KTH Royal Institute of Technology in Sweden. It was after completing an internship with bp during the summer after his first year at KTH Royal Institute of Technology, that Mo decided to join bp as a graduate. He joined their graduate ‘Challenger’ programme in 2019 and is based in the UK.

Grad Bites: Working in Trading
Hear from another graduate who was inspired by his internship to follow a career in trading

How to Break into the Tech Industry After You Graduate »

3 Actions to Reduce Your Carbon Footprint

Three simple actions that you can do to help reduce your carbon footprint and help fight climate change right now.
Video

How to do an Elevator Pitch

An elevator pitch is really helpful when meeting people you don't know. See our top tips for creating yours!
Post