Work Experience with the Police

Contemplating joining the police, Charli put in a couple of shifts of work experience with her local force, to see if she might be suited for this rewarding but tough career. It proved to be quite an eye-opener…

Since graduating from uni last July, I have been trying to work out what I’d like to do with my life, career-wise. I know that I’d like to do something that helps other people and makes me feel fulfilled, but also that challenges me. Since I was at school, I have loved the idea of becoming a detective. But, the only knowledge I had of a career in the police is from crime dramas and documentaries! I had previously thought that I was too small and not ‘tough’ enough to be a police officer. So, I ruled this out and tried several other jobs. But the niggling feeling that this is something I may really want to do didn’t go away. So, I decided to speak to a police officer, a high-ranking female, who seemed the perfect person to get some advice from. She suggested that the best way to know if I could do the job would be to try it. So that’s what I did! 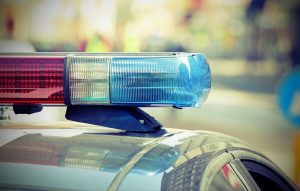 I spent two ten hour shifts with a police force: a 7am-5pm shift and a 4pm-2am shift. I had no idea what to expect and wasn’t sure whether to be excited or terrified! I joined two experienced police officers out on patrol for both shifts. We attended a variety of calls, from an old lady that was a victim of fraud, to a break in, to picking up a wanted criminal and taking them into custody. I got to experience driving with blue lights, which was exciting, but did leave me gripping my seat very tightly!

The first thing I noticed whilst wearing a high-vis police coat was that people like to stare! Whether that is because they are curious, or because they are scared that you are there for them, your every move is watched – and often recorded! This was quite intimidating, particularly as I was just shadowing and so wasn’t sure how to handle it!

Something else that I experienced first-hand, and heard from other officers, is that some of the most common things that officers seem to deal with every day, are mental health related cases. Although the police do everything they can in these instances, whether that be taking the patient to hospital, or sectioning them, it did feel like there should be other systems or professionals in place to deal with these issues – most importantly, people who are medically trained. After all, the police are essentially there to fight crime. But this is why the police encourage people from all backgrounds to join, as their experience is invaluable in dealing with different situations.

There were also a lot more female officers than I had expected! It is surprising how much confidence I gained from this. And the reality is that if someone has no respect for the police, then they don’t care who you are or what you look like!

The main thing that I learned from the experience was that communication is definitely key. Whether that be internally, communicating with the control room and other crews, or speaking to members of the public – from witnesses who don’t speak much English, to criminals who really don’t want to talk to you (or have a lot to say!). Being able to remain professional and adapt to different situations is definitely a skill. Of course, some people may become aggressive and even violent, and being able to cope with this is important, but this is secondary to being able to diffuse situations verbally.

After my work experience, I could imagine myself in the job. If I were to become a detective, I would be less likely to be out on the road responding to calls, but having the core skills of a police officer is key to understanding and being good at the role. I learnt about different routes in, including taking the detective route, or the Police Now graduate scheme and so I am definitely thinking about this as a career option! 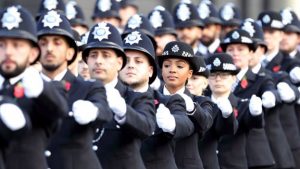 As a police officer, you’ll be responsible for the prevention and handling of crime, working as part of a team to protect your local community. You’ll use your communication skills to help maintain the peace, support victims and witnesses, and instil public confidence and trust. It is a varied and rewarding career that clearly makes a difference in the local community; however, it is undeniably challenging and requires a high level of personal integrity, flexibility and both physical and mental fitness.

Find out about the different ways of joining the police:

Flavour of the Month: Roasted Asparagus with Romesco Sauce »
See all comments

3 Actions to Reduce Your Carbon Footprint

Three simple actions that you can do to help reduce your carbon footprint and help fight climate change right now.
Video

How to do an Elevator Pitch

An elevator pitch is really helpful when meeting people you don't know. See our top tips for creating yours!
Post