HelloGrads » News & Views » Q&A: Training to be an Accountant

Q&A: Training to be an Accountant 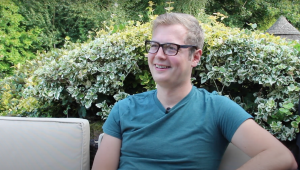 Adam studied Accounting and Finance Management at Loughborough University and went onto work at BDO, qualifying as an accountant. He talks us through his choice to train as an accountant, the best and hardest parts of the job and shares his top tips for working life after uni.

What was your first job after University?

This is my first career job. At Loughborough, I did a four-year course and I took a year out in third year. I did a summer internship at BDO in their Audit team and Consulting at Accenture for a year, which helped me decide what I wanted to do. I then came back to university and finished my degree, before heading to BDO to start my graduate job.

What is an ACA and how long does it take to become qualified?

ACA stands for the Association of Chartered Accountants and you can become associated by achieving a qualification. It is administered by the Institute of Chartered Accountants in England and Wales (ICAEW). It’s a 3-year post university qualification. It requires a lot of time and a lot of exams. There are 15 exams, over 3 levels! The exams are everything from case studies to essays. They are designed to fit in with the practical experience you gain, so they constantly progress in difficulty. Exam exemptions are available for 12 of the exams, depending on what you’ve previously studied. I have one more to sit, I should hopefully finish at the end of this month, fingers crossed!

What’s the hardest part of your job?

When you start it takes time to get used to confrontational situations. You’re auditing and reviewing company accounts, so you have to ask lots of questions and go into detail with companies. People can feel like you are quite investigative because of the level of detail, which they don’t like. It’s learning to deal with difficult and confrontational conversations and how to resolve them in the best way possible. It requires experience and something you can only really get through by getting stuck in. 3 years on almost, I think I am now there.

Probably the travel, that’s something I have really benefited from this year. I’ve done 5 weeks in Gibraltar and then I was sent to LA which was unexpected but good. I didn’t know until the day before I went that I was going, we stayed a couple of extra days so we could enjoy the sunshine! And I’m due to go to Mauritius in two weeks so that should be good.

The responsibility you get as you move up is something you get quite quickly, which you don’t get in other jobs. For example, this year I have been managing teams of 3 to 5 people, which I have found quite rewarding as well. You have to do a couple of years to really gain the knowledge and then it does become rewarding after that. It’s tough to start with but it gets a lot better.

What’s the best piece of advice that you have ever received?

The best piece of advice I’ve had, is not to underestimate the ACA. So, when I started, I didn’t really appreciate how difficult the exams were. There are 15 exams over three years. I finished university and I did work hard but it wasn’t overly stretching. And then, I started at the ACA and it was completely different because you had a full-time job and you’re expected to revise starting at six in the evening and then also at the weekend. It is rewarding but don’t underestimate the time it takes to get there.

What advice would you give to others wanting to become an accountant?

The main piece of advice I’d give is just to be yourself and know where your strengths lie. I think a good example of that is a lot of the graduates that I’m starting with at BDO aren’t actually the stereotypical accountants. People assume that if you’re an accountant you wear a grey suit, you’re boring. But actually, that isn’t necessarily true. There are a lot of people out there that are doing the qualification now, that don’t fit that stereotype. So, I think it’s being open to the idea that people aren’t necessarily the stereotype and to understand what it is that YOU are good at.

You should try and get on these summer programmes. A lot of them are remunerated as well, so you can earn some money whilst doing it. They really help your CV and it gives you something relevant to talk about when you go into your future job interviews, so you have an instant advantage over other people.

What has been your greatest achievement?

Career wise in my first year there is a merit rating system at BDO. So, you get rated 1-5, 5 being poor, 1 being exceptional and 3 being average. In order to get a 1, you have to be in the top 5% of your peer group. So, at the end of my first year I did actually manage to get a 1 which was nice.  If I can finalise my accountancy qualification that would be my best achievement to date.

In terms of socially, I think it’s important to enjoy your time. You are only in your twenties once and freshly out of uni. They are really good years, so I think it’s just making the most of it and finding a happy balance. I feel like that’s a bit of advice and hopefully something I have managed to achieve!

Flavour of the Month: Lockdown Lasagne »