Update on the New Turing Scheme (to replace Erasmus)

What do we already know about the new Turing Scheme & how does it compare to Erasmus? 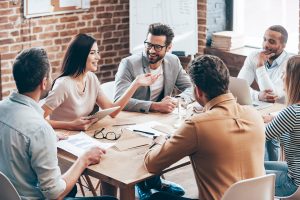 Since Brexit, the UK has left the EU Erasmus+ programme, leaving many students wondering what their options are if they want to study abroad during their degree course. The Government has announced its replacement, dubbed the Turing Scheme, which was initially styled as a superior and an ‘international’ upgrade for students.

Although the announcement was overshadowed by bigger stories around Brexit, it was generally savaged as being lacklustre when compared to Erasmus. On April 9, the Government revamped the scheme and quietly revised up the amount of money that participants would receive in grants.

How successful was the old scheme?

Under Erasmus, according to European Commission data, in 2018-19 the UK received almost 30,000 EU students and trainees and sent out around 18,000 students and trainees to universities across the continent, while grants given to UK projects and people amounted to €144.69 million. This made the UK one of the top five destinations for students from the EU and one of the top five countries based on numbers of outgoing students, according to Erasmus data.

While Boris Johnson initially stated that Brexit would be no threat to Erasmus, this promise was broken and the UK (with the exception of Northern Ireland) left the scheme. In its place, the Government promised to create a new version post-Brexit. Cue the Turing Scheme (named after Alan Turing, the pioneering British  mathematician and computer scientist, who cracked the Enigma Code).

What is the Turing Scheme?

Upon its announcement, the Government stated it wanted the Turing Scheme to be more cost-effective to UK taxpayers and offer better availability to those less privileged. They also wanted it to be a “truly global” programme that could enable students to study anywhere, not just within the EU.

The Government has so far budgeted £110 million for the scheme and hopes to encourage 35,000 students in universities, colleges and schools to study and work across the globe. However, the Turing Scheme does not offer any placements for school or college staff, which Erasmus did.

The Turing Scheme, like Erasmus, gives a monthly grant to students taking part. The amount of money varies depending on the length of stay and the country you choose to study in. For example, placements of nine weeks to 12 months will receive £380 per month for the most expensive ‘group 1’ nations, which include places like Japan and the USA, and £335 per month for others. Students from disadvantaged backgrounds will receive an extra £110 per month and help with travel costs ranging from £20 to £1,360 depending on the distance involved.

How does this compare?

Under Erasmus, students received €420 per month (approx £365) for the most expensive countries, or €640 per month (approx £555) for students from disadvantaged backgrounds, there were no tuition fees to pay and £1,315 was available to all students to cover their travel costs. However, like the Turing Scheme, these fees were dependent on which nations you chose to study in. For a student from a non-disadvantaged background, this amounts to around a 4% increase in monthly living costs under the Turing Scheme but your travel costs will not be covered, and there may also be tuition fees to pay. The UK Government hopes that international universities will agree to waive their tuition fees, suggesting that special arrangements will need to be made with each country or university.

If you want to see a full breakdown of costs under The Turing Scheme and see what nations fall under what grouping, check out the latest information at this link.

What have people been saying?

When it launched, the Turing Scheme initially offered less financial support available for students than the Erasmus scheme, which led to a pretty rapid backlash from education establishments and rival politicians.

Upon the initial release of the scheme, Hillary Gyebi-Ababio, NUS vice-president for higher education, said: “Despite the claims of this Government, they have not backed up the new Turing scheme with the funding required to support disadvantaged students to study abroad.” She added: “This will harm the futures of thousands of students for years to come.”

Wales’ education secretary Kirsty Williams called Turing a “poor replacement” at a press conference and the official statement from the Labour shadow education secretary Kate Green MP government was that the “rhetoric on the Turing Scheme does not live up to the reality”. This led to a campaign by 145 MEPs requesting that Scotland and Wales be allowed to rejoin the Erasmus scheme, like Northern Ireland which has a unique arrangement with the EU to remain part of the scheme. But the EU shot down their request.

This pressure may be what has led the Government to quietly revise up the monthly grants paid to scheme participants; these were amended on April 9. While no statement or announcement was made when they revised the figures, upon the launch of the scheme education secretary Gavin Williamson said: “This is a landmark step in delivering on our promise to level up a truly global Britain, strengthening our ties across the world and providing students with the skills they need to thrive.

“The programme’s focus on social mobility and value for money will open up more opportunities for international education and travel to all of our students, especially for those from disadvantaged backgrounds who were less likely to benefit from the previous EU scheme.”

We are always happy to see funding pledged for education and innovative new programmes for students and we welcome the changes the Government has made since version one of the Turing Scheme, which was an insufficient replacement for Erasmus when it launched.

But we fear this is still the case. While the idea of enabling UK students to study all over the world sounds appealing, there’s no proof this will happen, as it hinges on the UK Government’s ability to negotiate tuition fee withdrawals with universities, who – as far as we can see – have no incentive to waive their costs.

The Turing Scheme is a one-way system, meaning there is no reciprocal funding for international students to come to the UK to study. Additionally, the Turing Scheme has so far only announced funding for one year of studying so its future is unclear. Too much is being left to chance. Our fear is this programme may end up being more expensive and exclusionary than ever before.

Studying abroad is a fantastic opportunity, and the Turing Scheme could be a global cultural exchange that expands the horizons and career prospects of students. But for now it’s still a concept, rather than a programme. We await further detail.

Do Something Different
Find out about organisations that offer opportunities to work & study abroad, plus fulfilling alternatives to corporate life

About Global Graduates
Global Graduates was set up for students to work, teach, volunteer or study abroad, either during your university course or after graduation. Also for language graduates who want to use your language in your career

Insane Gap Year Ideas
Whether you’re wanting to gain work experience, see the world, volunteer, study or just earn some cash while you decide what to do, see loads of suggestions for the UK & abroad

Tips for a Beginner Gardener »