How to Take Critical Thinking Tests

Critical thinking tests are a type of psychometric test often used in the job selection process. They help employers identify candidates who are able to evaluate information and use their analytical skills to make a sound, logical judgement. This will be an important skill for any role that requires clear reasoned decision-making. Ben, a test expert, explains the type of questions you may encounter in critical thinking tests, with tips on how to perform to the best of your ability. 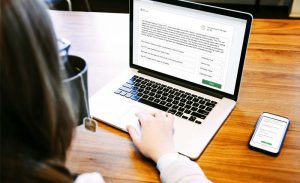 What actually are critical thinking tests?

Critical Thinking tests from different test publishers vary in their content, but most can be broken down into five key sections:

In these questions a statement will be presented and the candidate will have to decide if an assumption has been made in making the statement. An assumption is present if, in order to answer correctly, necessary information has been assumed.

In these questions, the candidate will be provided with a sentence which conveys an argument relating to a given scenario, and the candidate must assess whether this argument is strong or weak, using only the information presented in the passage. This tests the candidate’s logic. A strong argument is one which directly relates to the question or statement. If the argument goes off topic, it is weak.

In these questions, candidates will have to use deductive logic to demonstrate absolutely whether the answer statement is possible or not, from the given passage. The answer must be entirely based on the statements provided, and not on conclusions made from one’s own knowledge, nor from any assumptions.

In these questions, candidates will be given a passage of information and an answer, and they must determine whether they think the answer is True, Probably True, Insufficient Information, Probably False, or False. This will be determined using deductive logic.

We can put this into practice with a Deductions question from Test Partnership. You can try this test yourself here.

Have a go yourself first before checking the answer.

Solution:
We are asked whether we think the conclusion follows logically or does not. If we read the passage, we can determine that daily takers of multivitamins show signs of being more health-conscious than others, as well as multivitamins are taken by 30% of adults. However, the question states that multivitamins are always taken daily. Nowhere in the passage is this demonstrably written to be the case. In other words, we cannot deduce this conclusion from the passage. As a result, the correct answer is 2) Conclusion Does Not Follow.

Pay attention to the way this question is asking you to think logically about your response. This is just one of a variety of questions you’ll be asked during the Critical Thinking test, but all will employ this idea of demonstrable, logical analysis.

Masterclass: Tips on how to take the critical thinking test

Here are some top tips to help you perform to the best of your ability:

It can be tempting to rely on your own knowledge. However, Critical Thinking tests are not testing this, but rather your ability to utilise the information you have been given. If ever the question is asking for validity to a statement that cannot be found within the information provided, then perhaps the conclusion does not follow, or an assumption has been made.

Become familiar with a variety of logical fallacies. The test assesses your ability to work through subtle twists and turns of logic, and it is easy to become prone to some commonly understood logical mistakes if you are not careful. A fallacy is an error of reasoning, whether it’s deduction, assumption or following the logic incorrectly. Becoming familiar with a number of logical fallacies, such as ‘confusing correlation and causation’ or the ‘red herring argument’, will help you identify them more readily, which will give you a distinct advantage during the test.

There are variations of Critical Thinking tests depending on the test provider, and it is always advisable to find out which you will be taking and to get in some valuable practice beforehand. Here is a list of commonly used, high standard test providers: 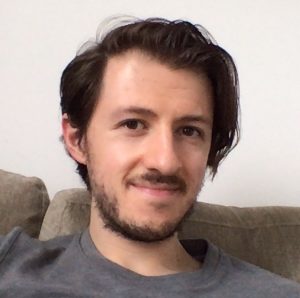 Ben Hopgood is a Lead Content Producer at Test Partnership, specialising in content production and consultation material for psychometric reasoning tests. Ben has produced many questions and solutions for psychometrically validated tests, as well as tutorials on how they work.

Find out more about critical thinking:

More about other types of psychometric tests

Psychometric Tests
Different types of test & what they measure, plus resources for guidance & practice

4 Myths about Verbal Reasoning Tests
Why these reasoning tests are used, plus sample questions & answers, with helpful explanations

Game-Based Assessments: Answering the Important Questions
What to expect & how to prepare for game-based assessments, which are often used in the early stages of the hiring process

Tips for Creating an Expert Pitch Deck to Approach Investors »