International student Marisol, talks to us about moving to the UK to do a Masters in Journalism at London Metropolitan University, having completed her undergraduate degree in her home country of Mexico. She describes her experience of studying and living abroad – the best and worst parts, and her tips for anyone planning to come to the UK. 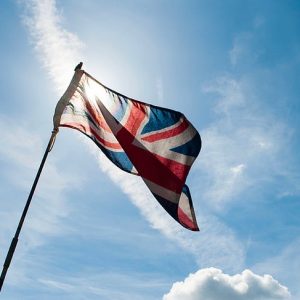 Why did you decide to study in the UK?

I wanted to come to the UK because it is very multi-cultural, with plenty of good universities and opportunities for students.

What have you enjoyed about living in the UK, and London in particular ?

I have enjoyed meeting people from lots of different countries. I like the UK culture of individualism. I love the fact that so many young people are already into their professional careers.

Living in London is great fun, there’s so much on offer in the city, from cultural stuff to party stuff. You can visit museums and galleries, go to events, concerts with all sorts of music – there are just so many things to do.

Did you have any problems when you first moved here?

When I first arrived, I found it difficult getting around. I was travelling to several different areas to do various things, and it can take a long time to get to places.

Money was another problem, because currency is more expensive here. So, when I arrived with my Mexican bank account, I couldn’t withdraw money without spending more than I should have.

What are the main cultural differences between Mexico and the UK?

Well, there are many; but at the same time, I would say that once you get to know people, they are actually very similar.

One of the main differences I encountered was that in Mexico, we have a collective culture. We tend to stick within a group, like a big family. Many people, even young adults, will stay living at home with their parents until a certain age. Yet over here, people live by themselves when they are much younger. They are more independent, more individual; you can be more yourself, rather than belonging to a big group.

Did you know anyone in the UK before you moved over here? How did you meet people?

I knew people from my country who had come here to study, but I didn’t know anyone from the UK. The first people I got to know were through uni, my classmates. Then through my flatmates and various internships. I was also introduced to people through my Mexican friends who were studying over here.

I did find it difficult to meet people. Before I left Mexico, everyone said ‘You are moving to London, you are going to meet loads of people’. But in fact, it was exactly the opposite. Even at uni, although I had lots of classmates, most were different ages and from different backgrounds – some were married, some had kids, they all had lives of their own. Even though they were friendly during class, the friendship never developed beyond that. So I really struggled at the beginning.

Did you feel lonely? How did you cope with loneliness?

Yes, I felt lonely. I still feel lonely. But I guess that’s all part of becoming independent and living by yourself.

I have flatmates who are really good; we are all about the same age and we tend to do stuff together. But I still feel lonely sometimes. When I feel like that, I just try to focus on my life objectives – why I’m here, what I’m doing this for. I also try to do a lot of sport, to keep my mind busy and to release that sadness in some sort of way. 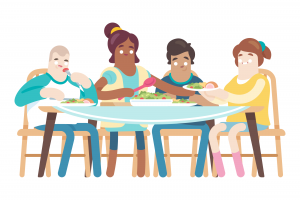 Has language been a barrier?

Yes and no. I had studied English before moving to the UK. And I have certainly gained more vocabulary while I’ve been living here! Also, because I have American English, I discovered a lot of new words that mean something different in British English, for example, I didn’t understand what ‘loo’ was, but now I use that word all the time! 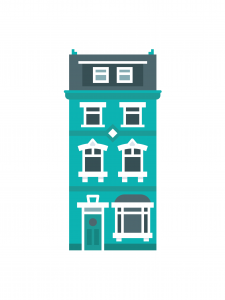 How did you find accommodation?

The university recommended student accommodation on their campuses, and also suggested websites to search for housing. In the end I went through sites that friends had used. I decided to rent privately, because I thought it would be easier and more flexible than uni accommodation, in case I chose to move out at some point, or if I changed my mind and wanted to quit the course.

It was tough to start with, because I went to a lot of property viewings; maybe my expectations of places were too high and didn’t match what I found. Also, London prices are very expensive!

How could your experience of moving to the UK have been improved?

I did plenty of online research before moving to the UK – basic things as in do’s and don’ts, as silly as it sounds. But sometimes the stuff you find on the internet is not very accurate. For instance, I thought it would be far easier to find accommodation.  So, when I arrived, I booked into an Air bnb, thinking I would stay for just a couple of weeks… but I was still there a month later!  So, it would have been better to understand details like that beforehand.

Also, I would have benefitted from more help from the university. I don’t know if it was because it was a postgraduate rather than an undergraduate course, whether that has something to do with the amount of help that I received?  Maybe they assumed I would know more because I was older? Anyway, I didn’t get much information. We did have a welcome session in the first week, which included info about bank accounts, work and things like that; but there was a lot of stuff I would have liked to know before coming to the UK, rather than when I was already here.

Are you receiving any support now that you have completed your degree?

Not really. I have been very stressed, because now I have finished and submitted my thesis, I’m wondering what I’m going to do next. I did email the student hub at uni to ask about my options, but they didn’t provide the information I needed. I have been researching it myself, but it’s stressful. 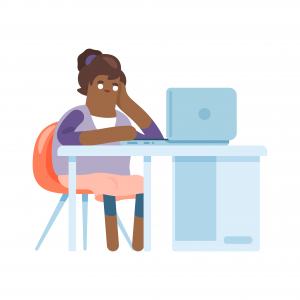 What advice would you give someone planning to move to the UK?

Do a lot of research; it might not be much fun but it will really help you! And if you have visited the country before, even as a tourist, you’ll have a better idea about the culture and city life.

For example, find out about healthcare.  As I came from outside the EU, when I applied for my student visa, I had to pay a charge towards the NHS. The amount you pay depends on the length of your course (I paid £300). I registered with a GP, but luckily, I haven’t been.

What are your plans now?

I would love to stay in the UK. I have fallen in love with the country!  The culture, the rhythm in the city. I have made friends that I think will last a lifetime. I really feel that it’s the place I have to be at the moment. So, I will be looking for jobs or internships that will secure me a place. In my case, I will have to apply for a job with my current student visa. The visa allows me to work, otherwise nobody would hire me. After that, if I am doing well at the job, I hope they will offer me a sponsorship – with that I can then apply for a working visa, so I can stay here for a long time and work 🙂

Thank you Marisol and Good Luck!

If you’re new to the UK (and even if you’ve lived here forever!), we have tons of tips on job search, internships and work experience, choosing a bank account, navigating the UK tax system, moving house, dealing with loneliness, and a whole lot more!