HelloGrads » News & Views » Easy Ways to Save the World

Easy Ways to Save the World

Milly, author of Broke London (a brilliant blog about living in London as a single twentysomething on a budget) has written some handy tips on ‘how to save the world’… a few things we can all do to start protecting the environment, without needing much time or money!

Is it just me or does everything feel just a little bit scarier at the moment? The news is pretty doom and gloom, everyone good died in 2017 and the president of the United States is a climate change denying maniac who makes even this guy look like a total gentleman. 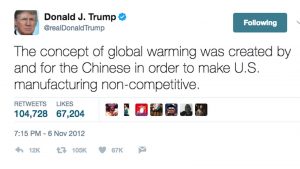 I’ve never been particularly inclined to think about the environment or my part to play in ‘saving the world’. Because when you put it like that it seems silly, unobtainable and time consuming.

None of us are blessed with the gift of time: I mean, there’s working, trying to be somewhat healthy whilst also drinking three hundred bottles of wine a week, seeing the friends you want to see PLUS the friends you have to see, going on dates that make you want to kill yourself and gearing yourself up to call the bank to talk about your overdraft, before deciding to just lie in the bath and cry instead. Plus, a new series of Queer Eye is out. So…yah pretty busy!

So, I came up with a few things we can all do without needing much time or money. I’m by no means advocating that you shun any clothing that isn’t made of hemp and start generating electricity out of your very own worm farm. If that’s your bag, great. If your bag is more one woven out of the desire to live your same pointless life, but not destroy the planet whilst you’re at it….read on.

After two days of giving up plastic for lent I had a very serious problem on my hands. Because I am unable to fall asleep at a reasonable time due to my lack of balance between health and self destructive tendencies, I either crash into bed at around 2am full of wine and regret, mumbling ‘that’ll show YOU’ to no one in particular, or glide into bed at 9pm coated in some far too expensive face mask for someone who drinks no water, only to lie awake till 2am analysing every time I said ‘you too’ to the guy in Pret in reply to ‘enjoy your lunch’.

I am often very tired.

I am often also in need of a giant coffee.

My first solution was to just leave the plastic lid off my takeaway coffee cup… please shut up with your cries of ‘why not have a coffee at home?!?!’ Did you READ the above? Do I seem like someone who can make themselves a coffee before they leave the house? (Yesterday I arrived at the office wearing two bras. SHOOSH.)

This was a bad idea for two reasons:

Safe to say, I got a reusable coffee cup and it changed my life.

Top tip though: be a better human than me and wash yours out straight after you’ve used it. Don’t just stick it in your bag on top of your gym kit, then find yourself standing in front of an extremely attractive man who works at your gym pointing in an overly jovial manner at the brown stain on your gym leggings and saying “It’s coffee honestly, it’s not shit. I didn’t SHIT myself. REALLY I DIDN’T SHIT MYSELF – here SMELL IT” whilst he politely (but with a very definite air of disgust) avoids eye contact.

P.s. You don’t have to get a fancy one. Mine cost me roughly seven pounds.

Ditch tampons and use a Moon Cup

As a side note to this, does any other lady out there find it really funny how there are definitely camps of men when it comes to periods?

The Jokey Jokerson: brash, loud and obnoxious. A fan of Will Ferrell movies and day festivals in Clapham. Most likely to be found wearing a Fred Perry shirt, hanging around in your office throwing out ‘banter’ left right and centre then responding with quips like ‘What’s your problem…you on the RAG or something?’ when you express any level of annoyance.

The Sensitive Sally: has a lot of feelings. Lives in Clapton and grows his own herbs. Will ‘feel’ your period pains along with you. Calls periods ‘menzies’. Most likely to be found making you a hot water bottle and asking you how your ‘flow’ is going.

The Faux Feminist: long hair, bearded vegetarian, lives in Dalston. Owns fake glasses but pretends they are real. Will rage for hours on the inequality between men and women whilst swirling a cheap pinot noir round an overly large wine glass. Absolutely loses his shit if you bleed on his sheets.

The Modern Man: Cool, funny, calm and collected. Buys you tampons like it ain’t no thing. Doesn’t exist.

The Mortified Michael: Refers to himself as ‘the average bloke’ on his slightly neglected twitter account. Plays footie with the ‘lads’ on a Saturday. Once accidentally picked up a tampon from your desk thinking it was a sweet. Went purple, left and never came back.

Lol just joshing guys. I know you’re all individuals. I would never shoehorn you like that… 😈

Turns out that along with being complete bad asses that bleed for five days straight and don’t die (honestly guys you should be 10,000 times more frightened of us than you already are) we can also be environmentally friendly whilst we’re doing it.

One of the best ways of doing this is to get yourself a moon cup. It’s basically a little plastic cup that you insert into your vagina during your period, wash and reuse. (hey Mortified Michael’s how you hanging in there? No Sensitive Sally, I do not need you to wash it out for me 🤨)

I don’t know too much about moon cups, so I asked my friend T and moon cup enthusiast to tell me a bit more about it. Here’s what she had to say:

When you think about it, it’s not all that different to a tampon and when T informed me that tampons are only white because they have BLEACH in them, I pretty much purchased a moon cup immediately.

So give it a try – the environment thanks you!

Get a reusable water bottle

This one might sound like a boring waste of time, but honestly there is nothing but advantages to buying a water bottle that you actually like.

I bought myself a S’well bottle (on sale for a tenner) and my life has been changed for the better! It keeps my water cold, forces me to drink, so I look less like a dried up leaf than usual and saves me a ton of cash on buying soft drinks when out and about.

P.s. Can also put wine in it. Apparently. A friend told me…

One of the saddest side effects of trying to forgo plastic was that I found myself sadly wandering round my usual lunch haunts trying to find something, ANYTHING, that wasn’t shrouded in plastic wrapping.

I also found myself having to carry a metal fork down to the café with me as they had only plastic cutlery and I felt distinctly like Joey Tribbiani from friends.

So pack your food up the night before in some nice, reusable Tupperware (tuppeware? Tuppleware? HELP) and bring your own cutlery. Yes it’s boring but its saves the pennies and the planet at the same time.

DO YOU HATE ME YET?

Say no to straws

Literally costs you nothing and requires the effort of saying ‘no thanks’ when offered one at the bar. EASY PEASY.

If you need further motivation go and watch this video of a turtle with a straw up its nose that I once clicked on by mistake, whilst at a boy I was dating’s house.

Side note: Isn’t it so weird when boys don’t like it when they go to the loo and come back to find you in a state of hysteria, sobbing and shrieking (in a voice only the dogs could hear) “STRAWS ARE EVIL”.

Check out your recycling options

Recycling might seem like a major faff, but actually all you need to do is go to this website, type in your postcode and see what your local council offer you. Most often you can order recycling sacks online to be delivered and organise large rubbish pick ups (thrilling).

Oddly, when I searched my ex’s postcode it came up this weird error message.. not sure what it means.

ERROR 666: Unfortunately we do not have a truck big enough to collect that steaming pile of rubbish.

Be a bag lady

I think women are split into two definite categories. Those that carry one small bag and those laden like a packhorse.

I am obviously in the latter category. Every day I carry one handbag and one tote bag, the top half of which I fill with gym kit/a jumper/outfit for later, every morning.

The bottom half contains mythical items that even if you held a gun to my head I couldn’t name, but I feel somehow sure I may at some point need, so refuse to empty out of said tote bag. This means I often also need a top up carrier bag, but needs must amirite HAHA.

Honestly when I see a lady walking down the street with a teeny bag I want to run up to her prise it open and just yell HOW?! HOW?! TEACH ME YOUR WAYS.

Whilst I may not understand how some of you creatures survive the week without a hairbrush, spare pants, an inordinate amount of paper, an old empty bottle, my work pass from two jobs ago, a hand sanitiser that has leaked and is inexplicably covered in sand, 12 loose peanuts, one sock and twenty five hair ties*, I must make a case for carrying a tote bag around with you. Even if it is clean, empty and folded in the bottom of your tiny handbag.

*I know guys aren’t I such a treat – I went through the mystery half of the tote for you.

This just means that if you pop to the supermarket after work to pick up some veggies for dinner* you don’t have to get a plastic bag. WINNER. Plus you don’t get that hideous thing where the plastic bag digs into your hands and makes you wish you were dead.

So there we have it. Some (hopefully not too preachy) tips on small things we can do to save the world… one keep cup at a time. 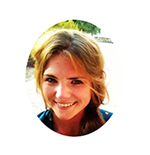 Milly is a writer, currently living in Melbourne, Australia.

‘I write in many places, but you can always find me writing about my tragic life at Broke London Blog’