HelloGrads » News & Views » A Digital Detox is Good for the Soul

A Digital Detox is Good for the Soul

Who’s guilty of constantly checking their phones throughout the day? I know I am. So, to combat my addiction, I’ve put together some practical tips for those of us who need our phones, but want a healthier relationship with them. Being connected is great, but I’ve found recently an occasional digital detox is good for the soul. 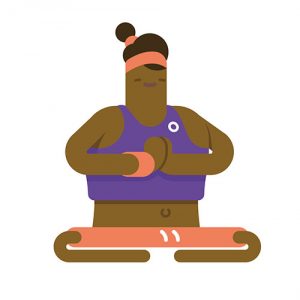 If you’re looking at your phone’s screen longer than your friend’s face, you’ve got issues
If your hand reaches for your smartphone without your brain giving it the nod, if you wake to read messages in the small hours, and if your thumb aches from scrolling, it’s time for a digital detox.

“Too much” implies overuse is having a negative toll. It’s well documented that smartphones used just before sleep and during the night can cause sleep disruption, and impact the immune system, memory and attention span. There’s a clear link between depression and smartphone overuse, plus a significantly increased likelihood of road traffic accidents caused by using smartphones at the wheel.

To combat ‘nomophobia’ – short for no mobile phone phobia – try a detox. While you could go cold turkey, few would agree it’s realistic. Instead, try the following steps which will let you have your cake and eat it too.

Think about limiting phone use to working hours only, plus a couple of checks in allotted time slots before and after work. The key to sticking to this is to plan ahead and think analogue. To make your commute more interesting, pick up a newspaper or magazine, and read a book or listen to the radio to wind down before you go to sleep. If you feel as though you need something for your hands to do in lieu of scrolling, try a rubik’s cube, or make to-do lists and doodle on a notepad… made of paper… with an ink pen.

The incredibly bright light your phone emits disrupts melatonin production which disrupts your sleep cycle. Buy an old fashioned alarm clock to wake you up, and either make your bedroom a smartphone-free zone, or put it to sleep in your sock drawer. You can download apps that mute all sounds apart from calls if you’re worried about sleeping through an emergency, while some phones already have this function built in.

Switch off all app notifications

There’s nothing more irritating than flashing lights, noises, and push notifications to alert you to your phone’s presence. Turn them all off in settings. They’ll still be there if you open the app and, if someone really needs you, they’ll call.

Uninstall all social media apps from your phone

You’ll still be able to access social media via your desktop or through the (comparably rubbish) mobile version of the site, but it’s about making it harder so you don’t scroll through ‘news’ feeds listlessly to fill time when you’re bored. Seeing the highly edited and filtered lives of others is guaranteed to make you feel inferior, and notifications are heavily addictive, so refuse to play the game. Give yourself a break.

Be present in the moment

Put your phone away when you’re with friends, and don’t have it resting on the table or bar. It’s a subliminal time bomb – it tells your friend that you’ll be picking it up as soon as a notification interrupts, and you won’t be truly in the moment. It’s also just rude.

The odd photo never hurt anyone, just put your phone away afterwards

Revel in the boredom

We have forgotten the art of doing absolutely nothing – and some of us never had it. We are constantly switched on: to our friends, to news, to work. Spend an hour a day doing nothing but looking around you, observing your environment. If you can’t face nothingness, enjoy the productivity boost that putting your smartphone down brings. If there’s nothing to distract you from the task at hand, you’ll just have to get on with it.

Get outside for a walk somewhere beautiful

Leave your phone at home, or switched off in your pocket for emergencies. My tip is to take a dog with you. If you’re holding a lead, chucking a ball and picking up poop, you won’t have the chance to look at your phone. There’s nothing like being in the fresh air and surrounded by nature, to remind you that looking at someone else’s photo of a sunset on Instagram is never as good as actually experiencing one. 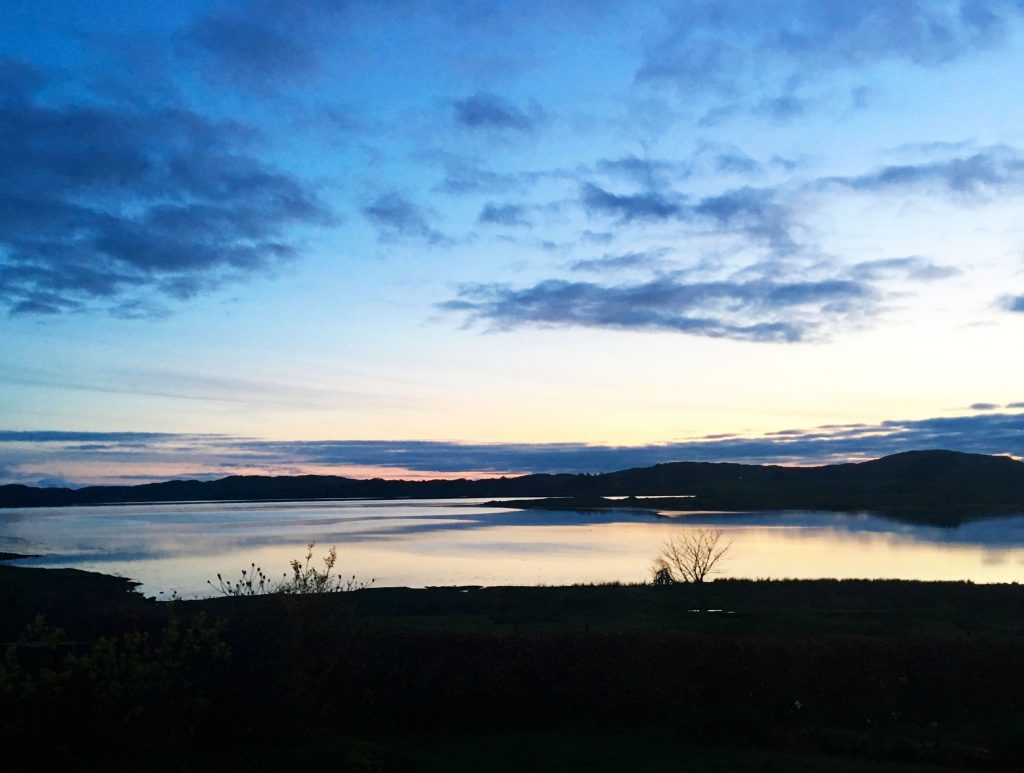 We saw this beautiful sunset in the Scottish Highlands

You don’t have to become a recluse.

Designate a short window each day for responding to calls and messages from friends and family. Make a choice to call, rather than messaging your people. It will make you happier to talk.

For more info on digital culture:

Tricks to Kick the Tech Habit (Temporarily!)
Easy ways to limit your tech use and connect with the real world