HelloGrads » News & Views » 11 Tips for Travellers: What to Pack, What Not to Pack & How to Save Money

11 Tips for Travellers: What to Pack, What Not to Pack & How to Save Money

If you’re about to head off travelling, you’re probably psyched about all the exciting countries you’re about to step foot in. You’ve probably done heaps of research into where to go, where to stay, what to do… But the “bag packing thought” for most people gets ignored. And if you leave it too long, you can end up wasting lots of money and packing pointless things.

I’ve been travelling for a year now, and I’ve made a LOT of mistakes with what to bring with me. And some have been a lot more costly than others!

Mistake: Leaving no space in my bag 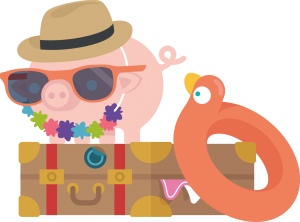 but I nonchalantly decided to ignore it, as I didn’t want to take anything out. After all – I’d just spent 2 hours trying to get everything in.

But that was the problem – It was so full that every time I moved location, it was a huge effort trying to fit everything back in the bag. I could barely zip the thing up, I ended up using extra carrier bags, and I looked like a snail with a MASSIVE shell.

Plus – there wasn’t space for any souvenirs along the way (there was barely room for a bag of coffee, let alone that hammock I wanted).

I have been charged up to £8 for one single transaction – most of the time it’s about £5-6. And sometimes the maximum limit for one transaction can be tiny, so you have to withdraw many times, which ends up costing a lot.

In 8 months, I reckon I’ve spent at least £100 on ATM fees. If this isn’t the definition of throwing money down the toilet, I don’t know what is.

And the worst thing? It was all unnecessary!

Sign up for a Monzo or Revolut card (or both if you want a back-up too) Monzo ATM withdrawal costs are free. Revolut charges you for withdrawals over £200 in a month – but it’s still less than using high street banks in foreign countries.

Try paying for things online via Transferwise, rather than having to go to the ATM to take cash out. If you travel long-term, this can save you a lot – as it all adds up. (I originally used Paypal – but they charge heaps of interest). If you use Transferwise with my exclusive link, you’ll be able to transfer £500, completely free of charge.

Mistake: Not wearing my money belt

It might not be the sexiest item of clothing, but oh how I wish I wore it from the second I left my house in England. And never, ever took it off.

My clutch bag was stolen on day 1, between when I left Guatemala airport and arriving at my destination. It had my passport, phone, money, bank cards & ID in.

When you have your passport on you, always keep it in a money belt.

Mistake: Not taking a laptop with me

I left the UK to go travelling – NOT to work. But when I was away, I made a lot of digital nomad friends, all who worked online. Six months into my trip, I decided I wanted to dabble with this type of work- just so I didn’t need to go home and get another “proper job”. But without having a laptop, it was really hard to get any work. Transcribing on an iPad isn’t exactly the quickest way to type! 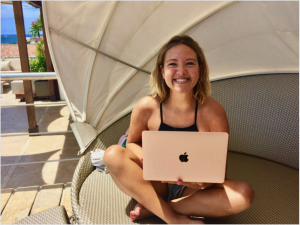 When my friends came to visit for my birthday, one of them brought a laptop out for me. Yes it was initially expensive, but after 3 months of work, I had already made my money back.

Do your research – don’t just get the cheapest laptop, get what’s best for you. I almost bought the cheapest Macbook Air (as it was the cheapest option). A lot of reviews slated it, and said the Macbook had much better reviews.

I ended up getting the 12″ Macbook. It’s so light and small, so is PERFECT for travelling – and I’m completely obsessed! Plus, the rose gold colour I chose is just the icing on the cake  🙂

I didn’t get really bad or cheap insurance, but I definitely could have got better. I chose Boots, because their policy was alright. But, it was only when I was trying to claim for all my lost stuff, that I found out they didn’t accept online applications. I had to POST all my receipts to them. 🙄

(I’d planned to be away for a year, so I either had to wait a year to claim everything – or post everything to the UK, from South America… Spenny AF!)

World Nomads is tailored for digital nomads – so it’s much easier to claim with a policy here. Plus, you can extend your policy if you want to stay longer and cover multiple tech gadgets.

Mistake: Not taking a camera

I use my iPhone to take photos, but the storage is rubbish. In hindsight, I wish I had a specific camera.

One of my friends has the Sony RX100 camera which is super compact, discrete and takes AMAZING pics. It also connects to wifi so you can transfer your photos to your phone, making uploads to Instagram seamless! 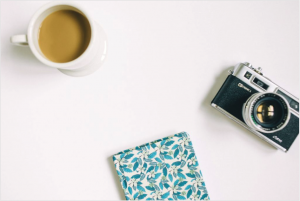 If you do take a camera, take 2 memory cards and write your mobile number on each memory card. I met someone who actually got her camera back because of this!

Mistake: I took too many drugs

Not illegal ones. 😂 For some moronic reason, I took a massive medical kit with me. I assumed it’d be better to attempt to lug around a whole hospital with me, rather than just going to see a doctor.

Not only did this take up precious space in my bag – but along the way, all the pills popped out of their packs – so all in all, it was pretty pointless.

The one time I did get ill, I went to hospital anyway and was prescribed antibiotics. So, I barely tucked into anything I brought from home.

I’m not saying don’t take a medical kit – absolutely do. Getting a dodgy tummy when you travel is so unavoidable, I see it as a right of passage – but don’t feel you have to take EVERYTHING with you.

Pack items that you think you might use. These always vary on the person, but the items I couldn’t have done without are: paracetamol, small scissors, mosquito repellent, bandages, imodium, dioralyte, and antihistamine cream and tablets.

My towel was the first thing I ditched when I wanted to make some space. I then just rented hostel towels, or I bought a few cheap ones along the way.

Travel towels like this one are great as they pack down super small.

Mistake: Hand-writing my Spanish phrases in a notebook

My initial goal of travelling was to learn Spanish – so I went old school and proudly documented everything in my notebook. But it just never seemed to ‘go in’. 4 months in, I found a Flashcards app – which REVOLUTIONISED my Spanish. I’m just gutted I found it so late!

Learn languages along the way using apps on your phone. Click here for some helpful tips to pick up Spanish in Latin America.

So… I hope these tips save you time packing, space in your bag and money when you’re away! Have the BEST time! Don’t forget – some times may be hard, but it’s all a big learning curve and you’ll come back worldly and wiser!

A 20-something British chica travelling the world on her own, and on a budget.

Check out her blog Hats Off here