HelloGrads » News & Views » EASE Yourself out of Loneliness

EASE Yourself out of Loneliness

Anyone who has suffered from loneliness, knows how debilitating it can feel, and how tough it is to overcome. A top social neuroscientist explains why the misconception of loneliness can lead us to seek the wrong solutions, and proposes some simple steps to help. 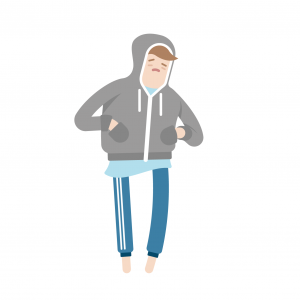 Psychologists believe that loneliness triggers our fight or flight survival mechanism; we become hyper-vigilant, alert to social threats, and more concerned with self-preservation than social interaction. We practise ‘social evasion’, staying on the sidelines, away from people, because we don’t know if we can trust them.
This can make it difficult to break the loneliness cycle.

How can we overcome loneliness?

Professor John T. Cacioppo was a social neuroscientist at the University of Chicago, who conducted pioneering research on the effects of loneliness and social isolation on people’s health. He explains why some well-meant fixes won’t work, and suggests some practical steps that will.

Cacioppo says one of the biggest misunderstandings is what loneliness is. People equate it with being alone, and that drives them to seek the wrong solutions. Loneliness is a feeling of being ‘disconnected’ from the people around you; there’s a significant difference between being alone and feeling alone. Being with others doesn’t mean you’re going to feel connected, just as being alone doesn’t mean you’re going to feel lonely.

For this reason, he says that simply putting people together, creating opportunities for social interaction, won’t necessarily help reduce loneliness. Freshers’ week is a classic example isn’t it? Those well-intentioned activities, all-night clubbing and limitless free drinks still couldn’t blank out that excruciating pang of loneliness…because you had no real connections yet, no close friends to share your experience.

Cacioppo explains that it’s not just a question of being with other people, because you can still feel disconnected. Nor is it a matter of getting social support (as often provided for the elderly), which although it can help in practical ways, won’t do much to combat loneliness, because it’s not a mutual relationship, and doesn’t make you feel very good.
His advice for people who feel lonely is to take up volunteering in a field that you enjoy. When you do something for others, you feel good, and valued. People respond to your kindness with gratitude, they are appreciative – you soon discover that people are generally nice to you.

Find out more about volunteering and opportunities in your area.

Cacioppo proposes a proactive approach to overcoming loneliness, based on the acronym EASE:

EASE your way back into social connections

Push yourself – but safely, slowly, a little at a time.

Make a plan. Recognise it’s not going to be easy. It doesn’t matter if most people don’t like you, because that’s no reflection on you, they just have other stuff going on in their lives. Move on, focus on different people; ask questions to get them talking about themselves and their interests.

People like people who are similar to them, who share their values, interests and activities. You instantly have something in common, which is a solid basis for friendship.
Join a club/team/activity that interests you, to meet like-minded people with a shared passion.

When you follow this guidance, expect the best not the worst. (This mindset will help you overcome your natural hyper-vigilance.) Be open, give people a chance. Going into a social situation with a kind, friendly attitude is more likely to elicit a positive response in return. 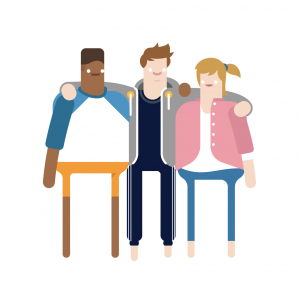 Get Rid of Those January Blues! »
See all comments