HelloGrads » News & Views » It’s not all about technical skills…

It’s not all about technical skills…

We asked Peter Phillipson, former chairman of Merlin Entertainments (and father of 3 graduates), what advice he would offer graduates, including what employers look for, how to approach networking and dealing with the inevitable knockbacks.

‘It’s not all about technical skills. You might be the best in the business, but if you don’t fit in with our culture and values, I’m afraid you’re not the right person for us.’ 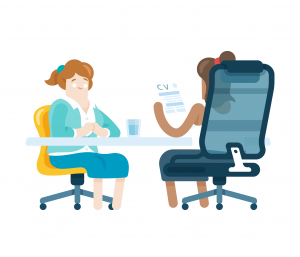 As an employer, what do you look for in a candidate during interviews? 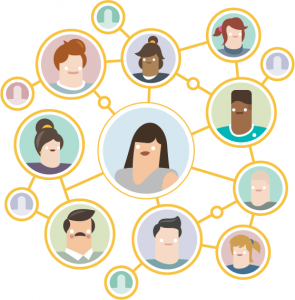 How should people approach networking?

‘Number one, see lots of people. You never know which of those meetings will be the one that unlocks the key to your future career. When you are in a networking situation, it is supposed to be a two-way conversation where you are trying to learn from that individual, but hopefully they can learn something from you. Those discussions must be tailored to the individual. I am interested in the usual stuff – education, qualifications, career aspirations; but I am also interested in other activities that people are engaged in, other ways they can show their determination and interests. You also have to get across your own values and personality.

If there is a way in to start a conversation with someone through a mutual contact, that’s the best option. But don’t be scared to ring or send an email directly. I was recently talking to someone who emailed the chief exec of a business, he was impressed by what he had to say and ended up employing him. So, it can happen. It’s a numbers game. Often the answer will be no. Sometimes the answer will be yes. So, you have to keep at it and stay resilient. Always try and walk away with a couple of other contacts from that individual that you can follow up on.’

‘I have always been ambitious and competitive, and always strived for the material rewards that come from success in business. But the most important thing is working with like-minded people and reaching shared goals. Supporting people to realise their potential and goals that they didn’t think they’d ever achieve, is the most rewarding thing any leader can do. Working is supposed to be fun and not a great chore. I have had times when I have worked less hard but found that not to be very fulfilling. So, I tend to go and seek more challenges. So far so good.’

What sort of challenges have you faced?

‘I’ve had many doubts when I have been given more responsibility and thought I’m not quite up to this, here’s the one where the employer is going to find me out! (Imposter syndrome). But that has never happened because you do grow with the challenge.’

How do you cope with stress?

‘I think it is important to have a plan, routine and structure for what you are trying to achieve. Set yourself very clear objectives. Take the satisfaction of crossing them off the list. (I am a great list writer). Sometimes it’s frustrating when most of the things on the old list reappear on the new list, but sometimes it’s very satisfying. It gives you a sense of purpose, a sense of progress and momentum. It also allows you to reward yourself for achievement, which I also think is very important. It puts you in control.

Practise mindfulness. My definition is that it’s about setting aside things that you can’t control. Things that are history and have happened in the past – try and move on, don’t worry about them, don’t fret about things that might or might not happen in the future, just cross that bridge when you come to it. Try and focus on the things that you can influence today and then that puts you in control.’ 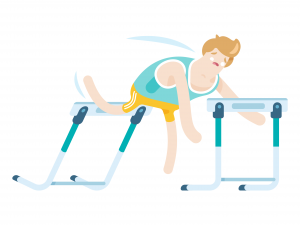 How do you deal with knockbacks?

‘I have had plenty of knockbacks and that is perfectly normal. Try not to think about it as a knockback, but rather a steppingstone towards achieving your ultimate goal. When I have had knockbacks from people, I persuade myself that they have made a mistake, they have terrible judgement, that I am right and then I move on! It’s important to move on to the next meeting because that’s the one that might just land the opportunity you’re looking for. Seek out the next possibility and concentrate all your effort and passion on that. I always have a bigger plan. If I am going after one opportunity and it doesn’t come to fruition, there are still other ones that I am actively pursuing. I am just getting on with delivering the plan.’

What’s the best piece of advice anyone has ever given you?

‘My first ever boss said to me ‘whatever decision you make, make it the right one’. Over the years, I got to understand what he meant by that. Things are rarely totally right or completely wrong, they are shades of grey. You can make a relatively poor decision a good one by working at it and executing it brilliantly. Give it 100% of your effort. If you do that you will be successful, you will make progress and you will enjoy it.’

What is the best advice you could give to a new graduate?

‘Starting your career is a big step into the unknown. I think the most helpful thing is to put yourself in control. Make sure your CV is as good as it can be. Practise your interview technique. Get out and get networking and see as many people as you can. You have to accept that finding a new job is a numbers game. Networking will give you the best chance of finding a job that you really want to do.’

Father of 3 graduates, Peter has enjoyed a successful multi-faceted career, spanning razor blades and whisky to roller coasters and health clubs. With a background in sales and marketing, Peter joined the Tussauds Group as CEO, transforming the business (including Madame Tussauds, Thorpe Park, Alton Towers and the London Eye) and then merging with Merlin Entertainments to create a leisure industry giant, and earning himself an OBE for services to industry. He is now a consultant for some big brands in the leisure industry.

Networking…Embrace it &  succeed
Grace explains how networking need not be cringeworthy & can be extremely useful!

Grad Bites: Interview Tips – Bruce McKendrick
A lighthearted look at how to make a good impression (or a bad one!)

Learning in Lockdown: How Not to Lose Your Mind »