HelloGrads » News & Views » How to Choose a Broadband Deal

How to Choose a Broadband Deal 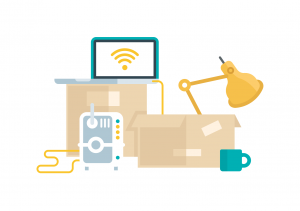 How are internet deals advertised?

If all the terminology used to sell broadband deals is a bit overwhelming, read this section to help find a bit of clarity.

However, each broadband plan will also have an upload speed, which is advertised less prominently. This is how fast you can upload data to the internet, for example putting photos on Facebook. It’s normal for the upload speed to be significantly lower than the download speed for a given plan.

Both upload and download speeds are measured in megabits per second, which is often abbreviated as Mbps. For context, Netflix states that streaming HD video will take up 5Mbps of download speed to ensure buffer-free viewing.

To measure your current internet speed, you can use speedtest.net.

You can think of your internet as a bit like a motorway. If there are more cars, or you’re downloading more data, this could create traffic jams – meaning your internet slows down. However, if the road is wider, and has more lanes, or you have more bandwidth, then you can download more data simultaneously without slowing down.

Therefore, the speed you need is influenced by:

For example, say you live with two roommates, and have 10Mbps of download speed. If one person is home and they’re streaming Netflix, which takes up 5Mbps, they’ll be fine. However, if everyone is home and streaming Netflix at the same time, you’ll likely experience buffering, because 15Mpbs of data is being requested on a connection that can only supply 10Mbps.

If you play a lot of online games, it’s not actually your internet speed that matters, at least not directly. Instead, your ping will determine whether you lag or not. Your ping basically measures how fast small packets of data can reach or ‘ping’ other servers. It’s measured in milliseconds – a smaller ping is better.

Internet providers will not advertise a guaranteed maximum ping, because it can depend on a heap of different factors, such as whether you’re using WiFi or not, and your physical distance to the server you are pinging. However, in general, the faster your download speed, the better your ping will be.

How can I calculate the speed I need?

It can be incredibly difficult to take into account all the different variables that influence the speed you need. You need to consider not just the number of people in the house, but what they use the internet for, and how often they get online.

To give you a place to start, there’s a useful calculator you can use to see how much bandwidth you actually need. Type in some details about your household and how they use the internet, and it will provide an ideal download and upload speed.

What if I get the wrong speed?

Remember, most broadband providers will make you lock into a 12/24-month contract. This is why getting the right speed from the start is important. However, if you do find that your speed is too slow, most providers will be happy to upgrade you, for an additional charge of course. If you need to downgrade, things will be much harder if you’re in an ongoing contract.

Keep an eye out for providers that have a cooling-off period. TalkTalk for example will let you trial your plan for 30 days. You can cancel your contract within this period – no questions asked. Failing that, look for shorter-term contracts; this is generally a good idea anyway, especially if renting. Some providers such as Plusnet will let you go on a month-to-month plan, however, this will cost more. If month-to-month isn’t available, or it’s too expensive, then a 12-month contract could probably be your best bet. 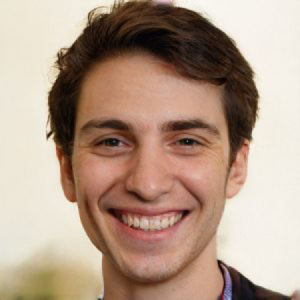 I’m Tyler, the main contributor over at Broadband Savvy. I’ve always been an internet geek, but I love my football as well. In my spare time, I’m normally gaming or tinkering with PCs.

Coping with Change After Graduation »