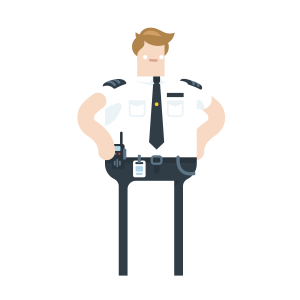 You have probably seen recent negative publicity on the state of prisons and concerns within the prison service, and you might also be aware of Government plans to overhaul the prison system.  The reforms include a drive to recruit 2000+ extra prison officers and as part of this, they are backing a new grad leadership scheme to train top quality officers.

Whilst this sort of job won’t be for everyone,  it could be a really exciting opportunity for some.  To help give you a balanced view, we’ll have related posts over the next few days:  we contacted the Ministry of Justice, we spoke to the scheme organisers, and to a young graduate prison officer, to find out what her job is really like.

Justice Secretary Liz Truss has rejected calls to reduce prison overcrowding through ‘dangerous quick fix’ solutions like early releases or shorter sentences.
Instead, she aims to cut prisoner numbers by reducing the unacceptable level of reoffending (25% reoffend within a year of conviction), as part of a major prison reform programme.  She plans to ‘transform our prisons from offender warehouses to disciplined and purposeful centres of reform.’

Could this be for you?

Prison officers will be at the heart of the reforms, helping to improve rehabilitation and education, tackle drug problems and help with mental health issues.  The Government recognises the need to recruit the most talented people, and is backing an inspired initiative from the Unlocked charity: a graduate leadership scheme, which trains people to be prison officers whilst also studying for a Master’s degree.
Earn while you learn. Change lives.

We contacted the Ministry of Justice, who told us:

‘The Ministry of Justice is very excited about the new Unlocked scheme.  We believe that the programme will offer graduates an unprecedented challenge at the beginning of their career, and will offer prisons an exceptionally motivated and passionate staff group, who may not have previously considered working in prisons as a career choice.  This opportunity will offer some of the brightest and best graduates the chance to really make a difference and change the lives of some of the most vulnerable people in our society.

We hope that after their initial two years, some of the graduates will then choose to stay within the Ministry of Justice and develop their careers further, perhaps as a governor within a prison, as a policy maker within headquarters or as a manager within the probation service.  Others will go into new organisations and will become ambassadors for rehabilitation and reducing re-offending, no matter where their career takes them.

We believe that this is an exceptional opportunity for graduates to consider as they start their careers and would encourage all graduates to look at the Unlocked programme and what it can offer them.’

Click here for the Unlocked graduate programme, and look out for our related posts over the next couple of days, to see if this could be the route for you:

We have spoken to the head of Unlocked recruitment to find out more about the grad scheme.

We will also share a Q&A from a young graduate prison officer, who gives a fascinating insight into life inside.

Unlock your Potential »
See all comments