For those Budding Business Brains…

Ahh… the good old days when us young professionals weren’t broke, living with parents, holding down second jobs, or applying for temporary work at fast food restaurants. Anyway, some time between, roughly 1992 (when our equivalents could roll out of university, become a ‘professional’, buy a house, watch their equity grow and grow, buy another house, then rent that one to us) and now, entrepreneurship has become a realistic and pragmatic opportunity for generation Y to aspire to.

More and more graduates are shunning the blue suits, financial security and comfortable working hours of the corporate world, in favour of sleep-depriving start-up life, and I’m one of them.

It’s easier than ever

In 2003 the average age of the world’s top 500 companies was 25 years. It’s now under 8 years. That’s a lot of creative destruction. In the age of digital disintermediation, there has never been a better time to be an entrepreneur. 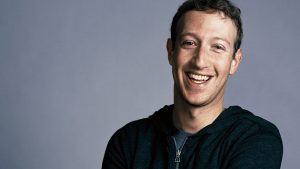 Since the advent of the internet & the mobile phone the world has seen a dramatic democratisation of technology, crumbling the barriers to entry that once had blocked the aspiring entrepreneur.

Services like Wix, Seedrs, Godaddy, Quickbooks, Netsuite and Adwords allow the budding businessman to fund an idea, build a website, manage finances and market products on a shoe string. Practically speaking, every day people (with some good ideas and a bit of determination) are capable of bootstrapping a serious business… Microsoft payed £1.5bn for Mindcraft maker Mojang – a company that started in the bedroom of founder Marcus Persson.

So, what previously required millions of pounds, masses of hardware, huge server farms etc. (and a large nepotistic network) can now be done on the cheap, utilising the technology at our fingertips – the keyboard I’m typing on is more powerful than the device which sent man to the moon in 1969.

I bet any grad scheme application today has a question along the lines of: ‘Please describe a time where you have shown an entrepreneurial attitude?’…

Yet for previous generations, the notion of moving from large corporate to a smaller one was intrinsically associated with a career being in terminal decline – now it’s called ‘entrepreneurship’. And entrepreneurs and entrepreneurialism are now highly sought after, respected commodities.

Even large, incumbent corporates now value the entrepreneur above and beyond someone who took the ‘easy’ corporate route. Most big companies invest heavily in innovation centres and the like, to bring the values and ethos of the slick start-up into the corporate world in an ironic attempt at corporate entrepreneurship.

Banks for example, the most sluggish, boring institutions are investing in, partnering with and incubating technology start-ups to keep pace with innovative challengers ready to steal market share with customer-centric, mobile-first offerings for the digitally-native millennial customer.

In truth, two years into sleep-depriving start-up life, it still feels as though every day I (and the business; the two are now one and the same, living a strange symbiotic life) walk precariously along a tightrope with success and failure on each side.

At any given time, we only have a couple of months’ cash flow and the very life of the business – which has become my life – hinges on my ability to make money every day. Each deal we make means so much!

However, as with the worst of times, so come the best of times. I’ve always thought there’s nothing quite as satisfying as going through the mill and coming out the other side. When it means something, it’s so much more fun!

Where some people choose extreme sports, I choose a rather more reserved but equally exciting thrill. Besides, logically there’s not much to worry about. Worst case scenario: We fail. I get a job – After all, I am now an ‘entrepreneur.’

Winston Churchill was somewhat of a pugnacious, warmongering, colonialist. However, he’s always been something of an inspiration to me… My favourite quote sums it up: 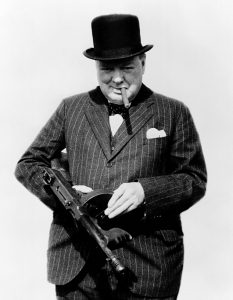 “Success is going from failure to failure without loss of enthusiasm”

When endless runs of sleepless nights, huge risks and the constant threat of failure loom, it is only my stubborn belief that has stopped me from giving in. An attitude which I hope will pay dividends… literally!  😆

‘The Art of Learning’ – Joshua Waitzkin

‘How to Win Friends and Influence People’ – Dale Carnegie

If you’re keen to get in touch to discuss your idea, email Jamie  🙂 jamie@oneconnectedcommunity.co.uk

Journey into the Unknown… »
See all comments