HelloGrads » News & Views » National Insurance Rise – What Will it Mean for Graduates?

National Insurance Rise – What Will it Mean for Graduates?

You may have heard that National Insurance contributions (NICs) are set to rise from April 2022. Here, we explain what they are and what impact the increase will have on graduates. 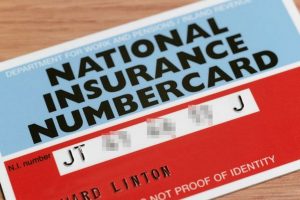 NICs are paid by most workers in the UK, and go towards funding different parts of the state benefits system (e.g.  health and social care, state pensions, unemployment benefits).

Currently, you have to pay NICs if you’re 16 or over and either an employee earning over £184 a week, or self-employed and making a profit of £6,515 or more a year. How much you pay depends on how much you earn. It’s also slightly different depending on whether you are employed or self-employed.

Last September, the Prime Minister announced that NICs would increase by 1.25% in order to help fund health and social care costs.

Employees only pay NICs once they earn more than £9,564 a year. So anyone earning below that amount won’t be affected by the changes.

So how does this fit in with the rest of your tax obligations?

Graduates also have to pay income tax if they earn more than the Personal Allowance threshold (which is currently £12,570).

And any graduates earning more than £27,295 have to pay back their student loans (if they have a Plan 2 loan).

When you consider all of these contributions together, it means that – after April 2022 – graduates earning more than £27,295 will pay a marginal tax rate (the amount of additional tax paid for every additional pound earned as income) of 42.25%.

That means every additional pound you earn above that threshold of £27,295 will be taxed at 42.25% because you will pay 20% income tax + 13.25% National Insurance contributions + 9% student loan repayments.

What about the self-employed? That’s a little more complicated.

Self-employed people pay a weekly flat rate Class 2 NIC (currently set at £3.05) – but they can apply for an exemption if they make profits under £6,515 a year. These Class 2 NICs will not be impacted by the change next year.

However the self-employed also pay 9% Class 4 NIC on profits between £9,568 and £50,270, with any profits above that amount attracting a rate of 2%. These Class 4 contributions will be affected by the increase, with the rates rising to 10.25% and 3.25% respectively.

Where will the money go?

The funds raised by the tax increases will raise £12bn a year, according to the Government. It has said that the funds will be ring-fenced, initially going towards easing pressure on the NHS and clearing backlogs.

From April 2022, the additional 1.25% will show on payslips as higher National Insurance. But from April 2023, NICs will return to the current level, and the extra tax will be collected as a rebranded ‘Health & Social Care levy’.

What the National Insurance rise means for you – The Week