In February, the Government announced sweeping changes to the student loans system in England, in response to the 2019 independent Augar review of higher education and funding.  We look at what these plans mean for students and graduates, school leavers and the taxpayer. 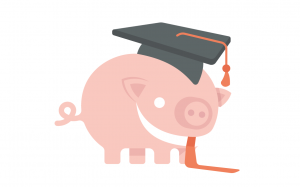 Key measures at a glance

The plans come into effect from September 2023:

Benefits for the Government & taxpayers

The reforms aim to stem the rising cost of student loans, shifting much of the burden away from taxpayers onto graduates.

According to the IFS (Institute for Fiscal Studies), only around a quarter of graduates currently repay their loans in full, but this figure is expected to exceed 60% under the new system.
From a different angle, instead of graduates paying back 59p of every £1 of their loans, they will contribute 81p under the new plans.

The reforms will bring massive savings for the Government (and taxpayer), estimated at £2.3bn per university cohort. However, they have been widely criticised for benefiting high-earning graduates, whilst heavily penalising lower earners.

The following section analyses the individual measures and their overall impact for graduates.

What do the plans mean for students & graduates?

The lower threshold and extended payback period mean most graduates will be repaying their loan until they retire. And a university education will cost thousands more than it does today.

From 2027, the Government plans to link the repayment threshold to inflation (rather than to average earnings, as today).*
Currently, you don’t start paying back your student loan until you earn £27,295 a year. And, if your income drops below this threshold in any year, you can stop repayments. You pay back 9% of everything you earn above the threshold, until your debt is cleared or written off.
But a lower threshold (£25,000) means people must start repaying earlier, and annual repayments will be higher (+ £207/year).

* According to the IFS, once the repayment threshold is indexed to inflation from 2027, it will rise more slowly than when it was linked to average earnings. Keeping the threshold down will mean higher annual repayments for all borrowers, including current graduates. The change will hit lower and middle-earning graduates hardest, because they continue paying off their loan for longer.

Extension of repayment term from 30 to 40 years

Under the current system, any unpaid student debts are wiped 30 years after graduation, and only the highest earners will repay their total loan within this period.

However, students starting university from September 2023, will face an extended 40-year payback term. As a result, most lower and middle-earners will continue paying back their loans plus interest for an extra 10 years, adding £1,000s to the overall cost. (This will not impact high earners who would clear their debt within 30 years anyway)

Under the current system, your student loan accrues interest at RPI + 3% while you are at university. After graduation, you are charged interest on your outstanding loan, on a sliding scale according to your income (from RPI – RPI + 3%).

Reducing the interest rate to equal inflation is a welcome change, as it means that graduates will no longer repay more than they borrowed in real terms. The change will benefit mid to high-earning graduates, who are the only people likely to pay back the original sum borrowed plus all the added interest, before the write-off deadline.

Overall impact of the changes

Experts say the new plans will benefit high earners, while substantially increasing the cost of loans for lower earning graduates.

High earners will face lower costs than they do currently. They would have repaid their total loan before the previous 30-year write-off deadline anyway.  So, under the new plans, they will pay off a higher annual amount, clearing their debt faster, incurring less interest (at a lower rate) and therefore reducing the total sum they repay.

Lowest earners with an annual income below the repayment threshold will not be affected by the changes.

Low to middle earners: The combined effect of a lower threshold and extended repayment term means most graduates will be paying back their loans plus interest into their 60’s, adding an extra £28,000 to the overall cost.
And the wider financial impact of spending more on student loans for a longer period, is that these graduates will have less disposable income to put into savings or investments, contribute to their pension, or pay off a mortgage.

“What’s more, assuming they leave university at the age of 21, they will be paying off £320 a month in their final year of the loan at the age of 61.”

Martin Lewis, Founder of MoneySavingExpert commented:
“It effectively completes the transformation of student ‘loans’, for most, into a working-life-long graduate tax.”

What are the implications for 2022 school leavers?

For this year’s school leavers planning to go to university, it could be worth postponing any thoughts of a gap year until after uni. Starting your degree in 2022 rather than September 2023 (when the new plans take effect) could save you thousands of pounds in student loan repayments!

Student loans – the lowdown
The current system explained: what, when & how you repay, what interest is charged on your loan and other need-to-knows


Sources:
The Guardian – Student loan changes hit lower earners harder than first thought – IFS
Money Saving Expert – Martin Lewis: ‘This is a big increase to the cost of uni’ – Government makes sweeping reforms to the student loan system in England
iNews – Education: Student loan repayment changes explained: How the lower threshold affects how much you will pay back
The Guardian – Students in England to pay back loans over 40 years instead of 30
iNews – Education: Student loan repayment: Graduates on low and middle incomes to lose more than £15,000 due to threshold changes
GOV.UK – Fairer higher education system for students and taxpayers

Grad Bites: How to Succeed in Social Media »